Menus, anywhere you want them! 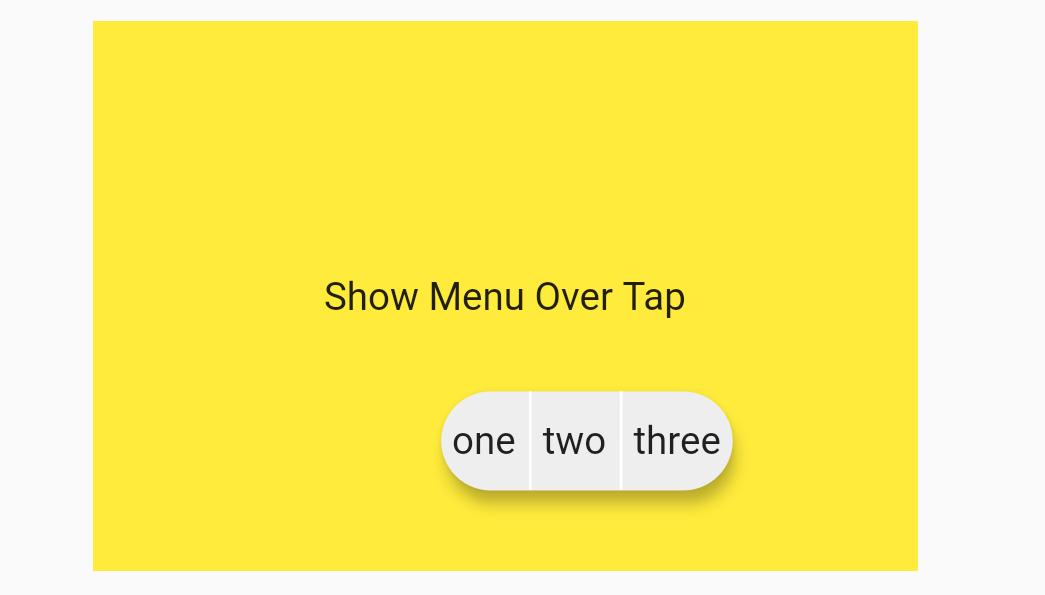 Why FAM? The short answer is... yak shaving. I needed a menu for a project that would pop up above a widget when I clicked on it. Simple right? Yeah... no. There were a few more requirements that made it a far more interesting problem.

That last requirement took me down the rabbit hole of Flutter widget positioning and long story short, Flutter is one of a few (maybe the only?) rendering/UI languages I've used that simply cannot do relative positioning out of the box (pun intended). See, the box is what traps you. You can Column() and Row() all day long but you're still trapped in box. What I want is the equivalent of widget1.alignTo(widget2, fromAlignment: Alignment.topCenter, toAlignment: Alignment.bottomCenter) so that I can setup a widget and then just stick it on to another widget. A man can dream right?

Maybe Stack() and Align()? HA! Still stuck in that box, and still no way to define a solid widget-to-widget positioning.

I want my menu outside of the box MAN! And without knowing the sizes of the boxes before rendering, good luck trying to accurately position a menu over (or under, or next to) its intended target widget. So what does FAM do?

FAM still doesn't know about the properties of the menu before hand, BUT what it can do is render the menu invisibly as an overlay, examine its size, then move it to where it needs to be. The result is that I can now define an absolute relationship between relevant points on a widget (say, tying the bottomCenter of one widget to the topCenter of another) without either widget having any relationship, and without any restrictions on how I draw either widget, while making sure that whatever crazy alignments I do won't mess up the positioning or size of my original widget.

OK. It ain't pretty, but the results do speak for themselves. Hope at least some of you can make use of this, and maybe Flutter will one day have relational positioning like any sensible rendering language.

This was originally a fork of https://github.com/CaiJingLong/flutter_long_tap_menu that outgrew most of the original code. Many yak were shaved in the process.

Packages that depend on flutter_anywhere_menus

Packages that depend on flutter_anywhere_menus