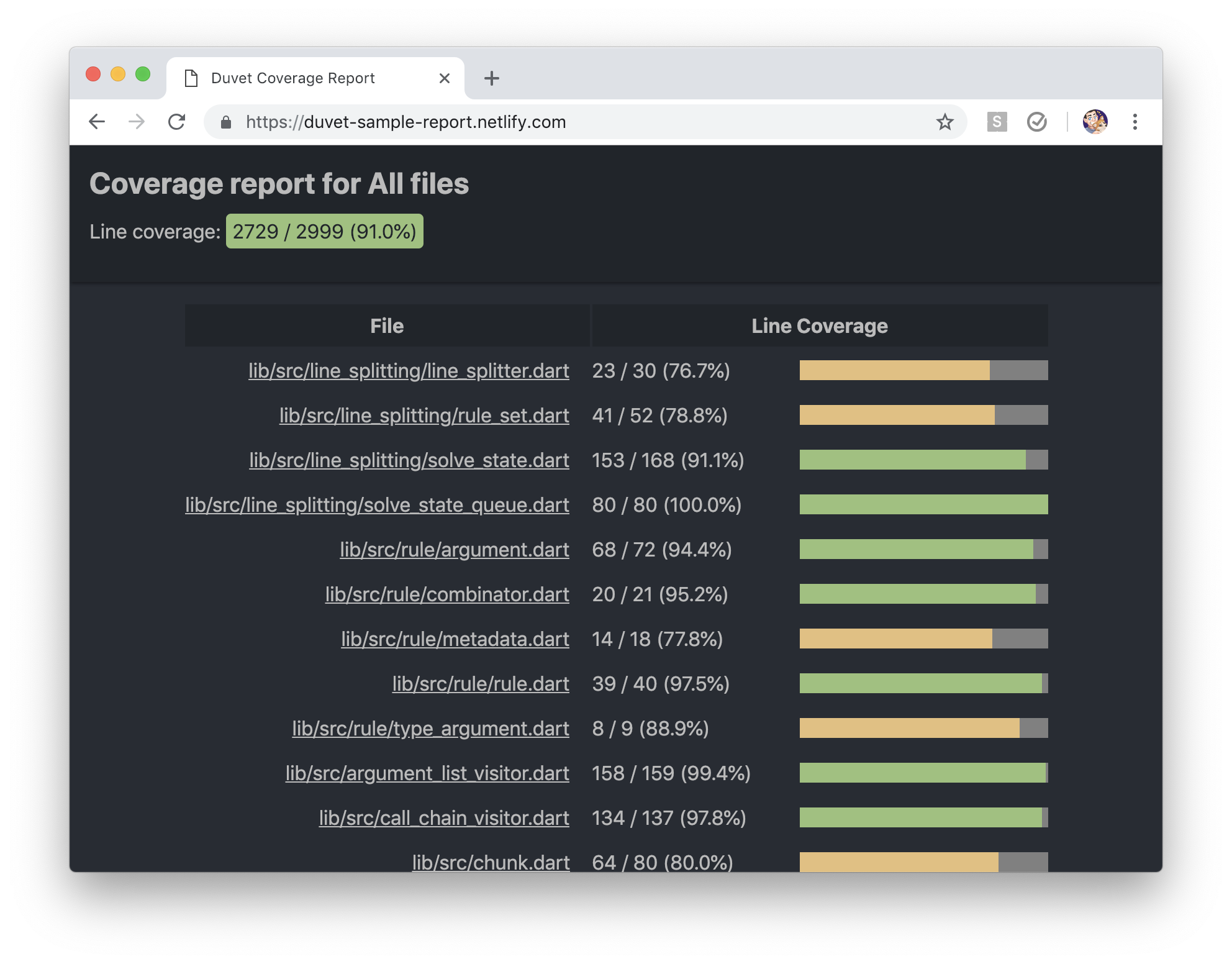 Add Duvet to your project by adding the following to your pubspec.yaml:

You can also install duvet globally with the following:

Once added to a project, you can generate a coverage report by running:

If you installed duvet globally, you can generate a report by running:

duvet will then run your tests and collect coverage, outputting the report to a coverage directory. You can also pass the --serve option to automatically start a webserver to access the coverage reports.

You can view a sample coverage report for the dart_style package here.

duvet works by running the test package against your project, and then using the coverage package to collect coverage information. It then assembles reports using hyper, and serves the reports using shelf.

Use this package as an executable

You can install the package from the command line:

The package has the following executables:

Alternatively, your editor might support pub get or flutter pub get. Check the docs for your editor to learn more.

We analyzed this package on Feb 19, 2020, and provided a score, details, and suggestions below. Analysis was completed with status completed using:

The version constraint in pubspec.yaml does not support the latest published versions for 1 dependency (coverage).

The package was last published 59 weeks ago.

Create a short demo in the example/ directory to show how to use this package.

While nothing is inherently wrong with versions of 0.0.*, it might mean that the author is still experimenting with the general direction of the API.

Packages that depend on duvet