A Flutter plugin that wraps the BACtrack SDK for both iOS and Android. This plugin will allow you to collect breathalyzer samples from a BACtrack Bluetooth breathalyzer. 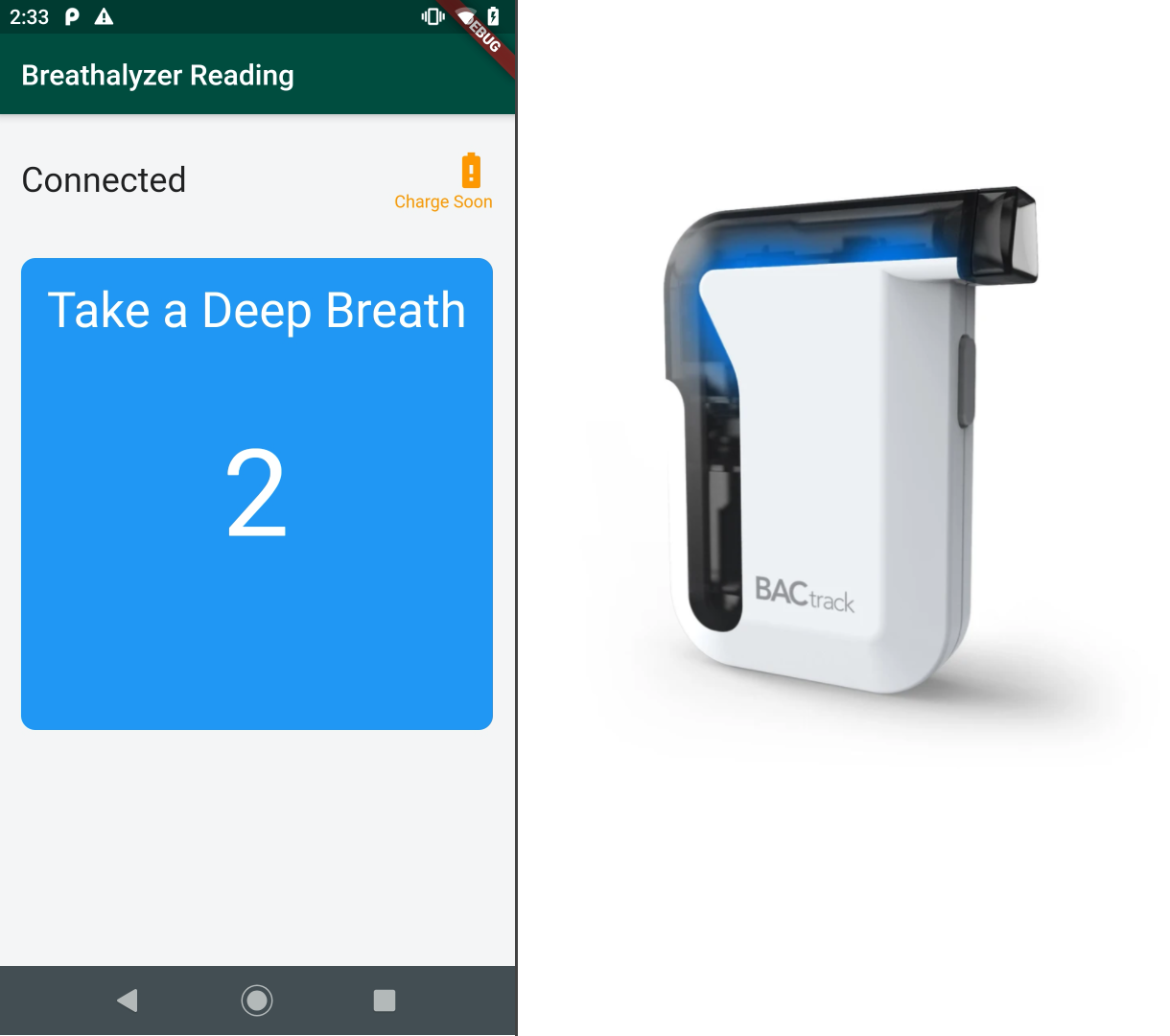 The following features of the BACtrack SDK are supported at this time by the plugin.

:warning: Note: this plugin is written in Kotlin and Swift.

You are required to obtain an API key in order to use the BACtrack SDK to connect to a BACtrack breathalyzer. API keys are freely available by registering on the BACtrack developer site.

The following permissions must be declared in the manifest section of your application's manifest file in order to use the BACtrack SDK.

On iOS, you only need to declare the Bluetooth permission in your Info.plist file in order to use the BACtrack SDK.

The first thing to do is to get an instance of the plugin.

Note: If you are concerned about the security of your API key, you may want to retrieve it from your server rather than put it in your source code. Once you have received it from your server, you can easily store it securely on your device for future runs using the flutter_secure_storage plugin.

The BACtrack SDK is designed to return all notifications through a callback interface. For Flutter, this has been abstracted to a Dart Stream. The plugin's statusStream will return all of the notifications from the SDK in the form of a BACtrackStatus object. This object wraps a BACtrackState enum that identifies the callback that was invoked as well as a message String containing the argument, if any, that was passed to the native callback function. Check the API documentation for a list of which states contain messages.

The following code will connect to the nearest breathalyzer and start a sample collection once it has received the BACtrackState.connected state.

That example is a bit simplistic. In reality you would want to listen for more of the status updates that can be emitted by the statusStream in response to a connectToNearestBreathalyer() call. For example, any of the following status states maybe be emitted when you connect to a breathalyzer:

Check the API documentation for details on which status updates can be emitted in response to each of the plugin's method calls.

The plugin does not currently support manual scanning for breathalyzers so that you can manually choose which one to connect. This functionality is planned for a future release of the plugin.

If you have any questions or problems with the plugin, please file an issue at the GitHub repository. I don't work on this full time, but I'll try to offer whatever help I can.