With flutter_sodium you get access to the modern, easy-to-use libsodium crypto library in your Flutter apps. One set of crypto APIs supporting both Android and iOS.

In your flutter project add the dependency:

This project includes an extensive example app with runnable code samples. Be sure to check it out! 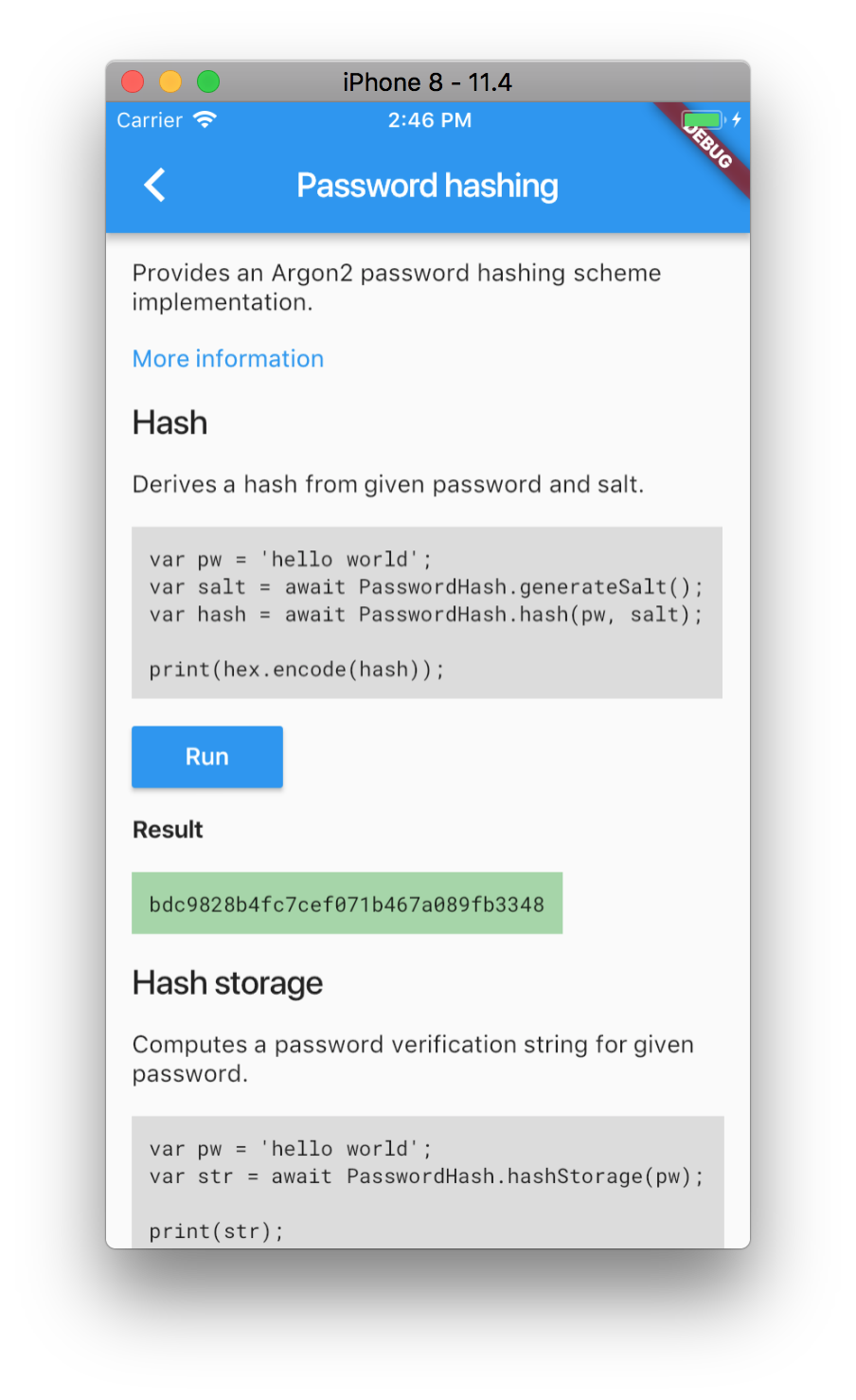 API coverage is not 100% complete, track the progress in issue #35.

Also included in flutter_sodium is a high-level, opinionated API providing access to libsodium in a Dart friendly manner. The various functions are available in separate Dart classes. Password hashing for example is available in the PasswordHash class. The high-level API depends on the core API to get things done.

The FFI implementation of flutter_sodium is backwards incompatible with the previous platform channel implementation. The list of changes:

Since the entire FFI API is synchronous, you'll need to do some extra work to execute long running crypto function on a background thread. Luckily this is very easy with Flutter's compute function.

The following code snippet demonstrates running a password hash on the background thread.