Simplified structure of core classes in Flutter Control. Full diagram is at bottom of this page.
Control with ControlFactory is main gate and bounds everything together.
ControlWidget holds UI and ControlModel solves Business Logic. 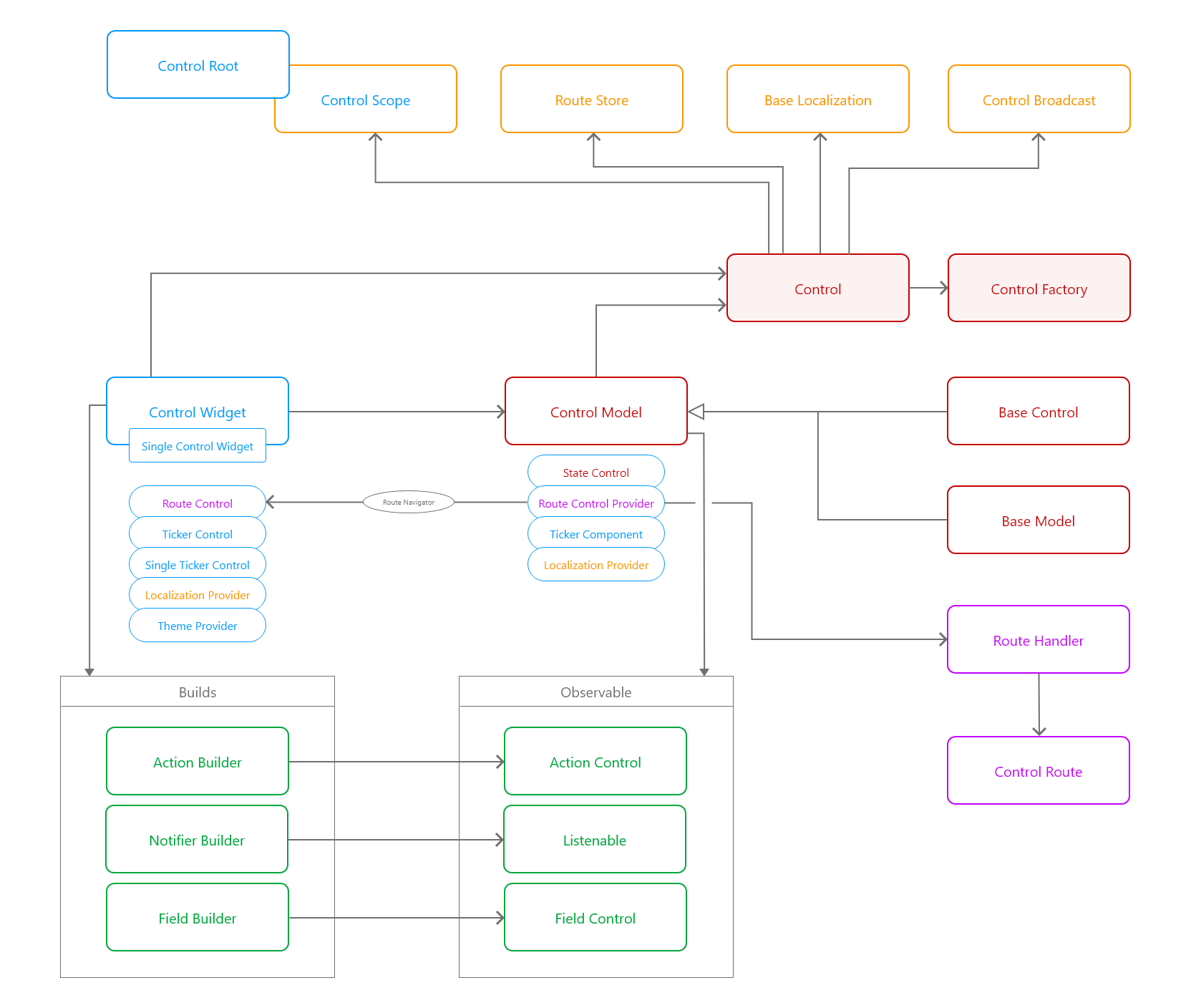 Structure below shows how data and events flows between UI and Model. ControlWidget can use multiple ControlModels - for example one for Business Logic and one for UI/animation part.
With this approach is really easy to reuse UI/animation logic on multiple widgets and mainly separate Business Logic of Models from UI.

Check set of Flutter Control Examples at Git repository for more complex solutions and how to use this library. 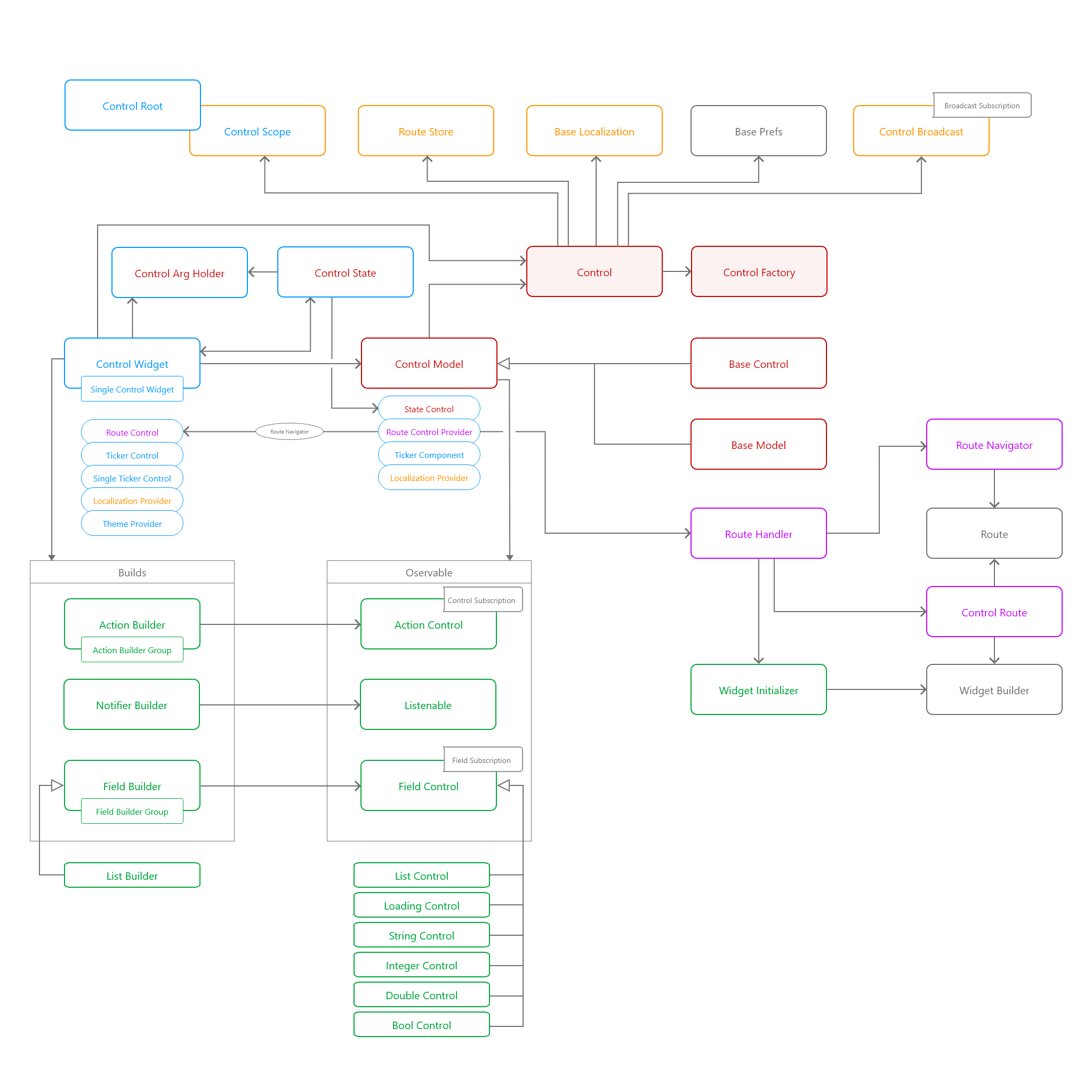