ezFlap is a reactive markup library for Flutter.

ezFlap is inspired by Vuejs and a little bit by Angular.

Read the full documentation at ezflap.io.

This is what an ezFlap version of the Flutter bootstrap project may look like: 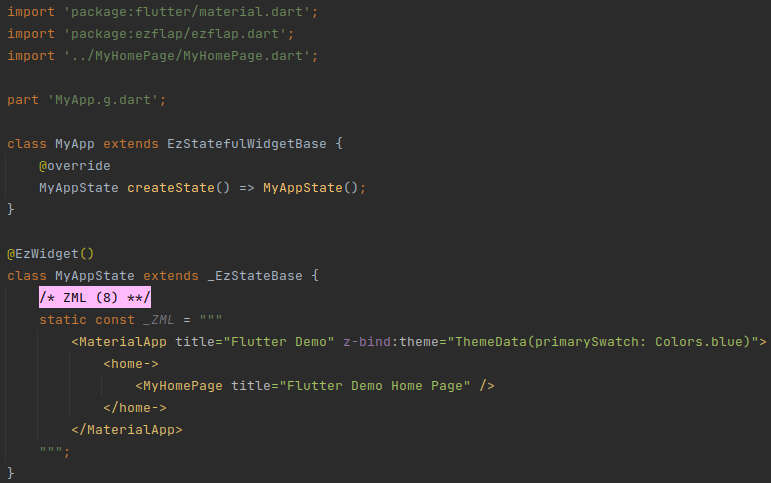 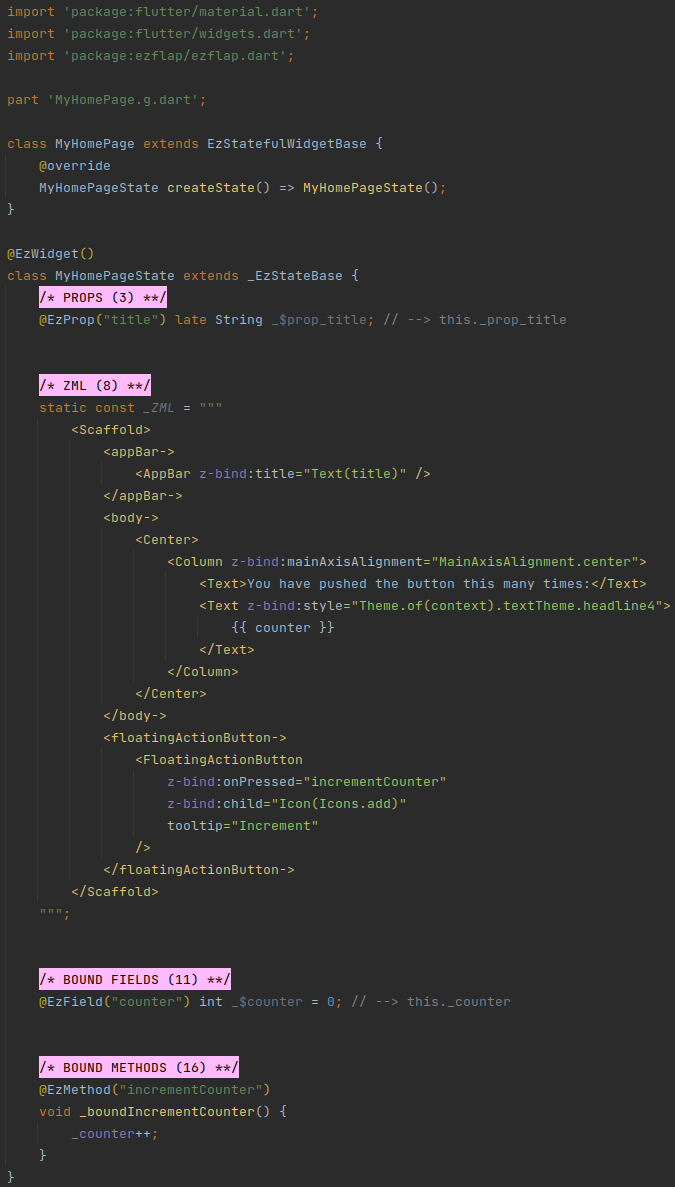 ezFlap is mainly a build-time tool, used to "compile" ezFlap widgets to Dart.

An "ezFlap widget" is a Flutter widget that provides its render tree using ezFlap's ZML and annotations.

When developing ezFlap widgets - we do not write a build() method. ezFlap generates it for us automatically.

We will refer to Flutter widgets that are not ezFlap widgets as "native widgets".

Then, it generates the Dart code that will:

Where to Go From Here

Follow the Installation instructions, and then read the full documentation.

OR choose from the following resources: