Should work with modern flutter now as well as Dart Board! 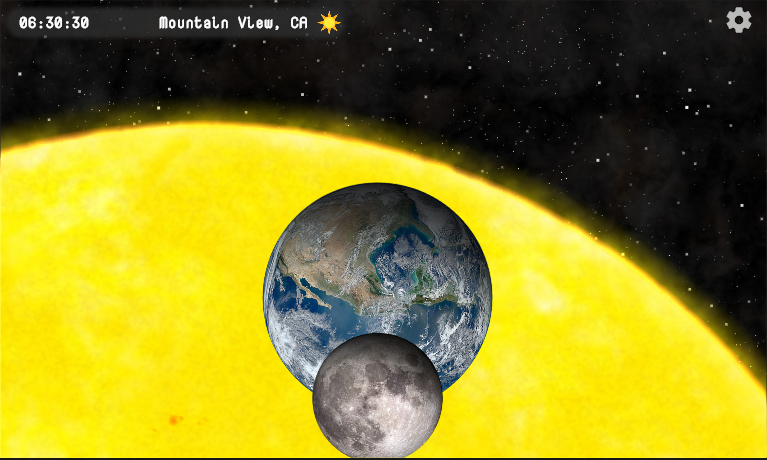 This clock was an experiment in iterative development. As it progressed it gained a clear goal of the Time and Space clock. The entire thing is a function of time, completely deterministic. Two devices will show the same image at the same time. The goal was to visually push Flutter's limits, while not pushing a devices limits. There is roughly 25-30 draw calls for the entire scene.

Here we pass the ClockModel to the Clocks and get everything on the screen.

Animated Painter is just an extension on CustomPainter to allow automatic animation. The actual Painting is in SpaceClockPainter.

There is 500 stars, and they are split into 16 batches (to adjust opacity without visual banding/flick)

There is a fair bit of headroom here, you can easily boost this number way up on modern hardware. But I felt 500 looked right.

Customized Component to build the ticker text (date/time/weather) and UI I want for the ticker.

Ticker updates every 1 second. A random factor is applied to each element to make the animation a bit "analog" looking.

Only very partial web support due to canvas support needing some work, run main_web to get the simplified "web" version of the digital clock only.