SWLabels is a tool for conveniently printing text on SpriteWidget objects

It is very convenient for use in the following cases:

You can see an swlabels_example of using SWLabels, and also watch a demo video. This is an example work record.

A screenshot is taken from this example: 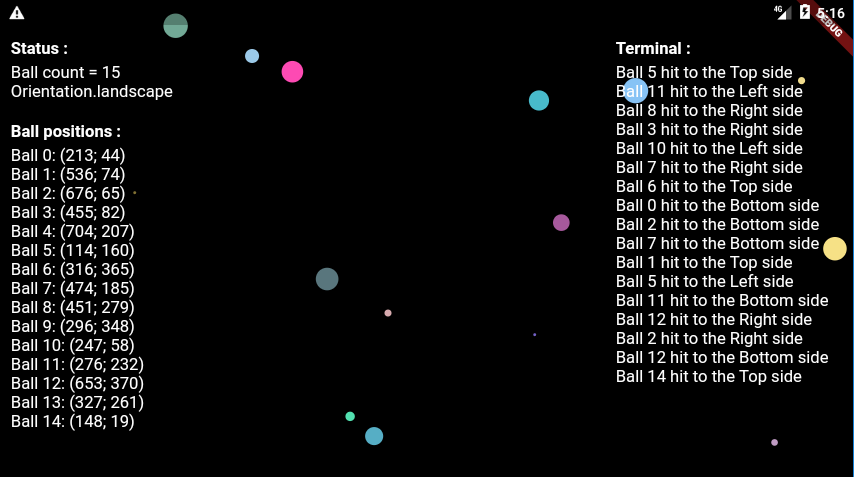 In the left part you can see two SWLabels with the headings "Status" and "Ball positions". The first of them shows the current status of the application. In the second - the coordinates of all the balls that continuously moving. To the right is SWLabels with the heading "Terminal". He is so named because the lines in it will scroll up, as in ordinary terminals.

Lines in SWLabels are called text Labels (SWLabel objects). Information in them can be displayed different ways:

For more details, see the example in the repository swlabels_example